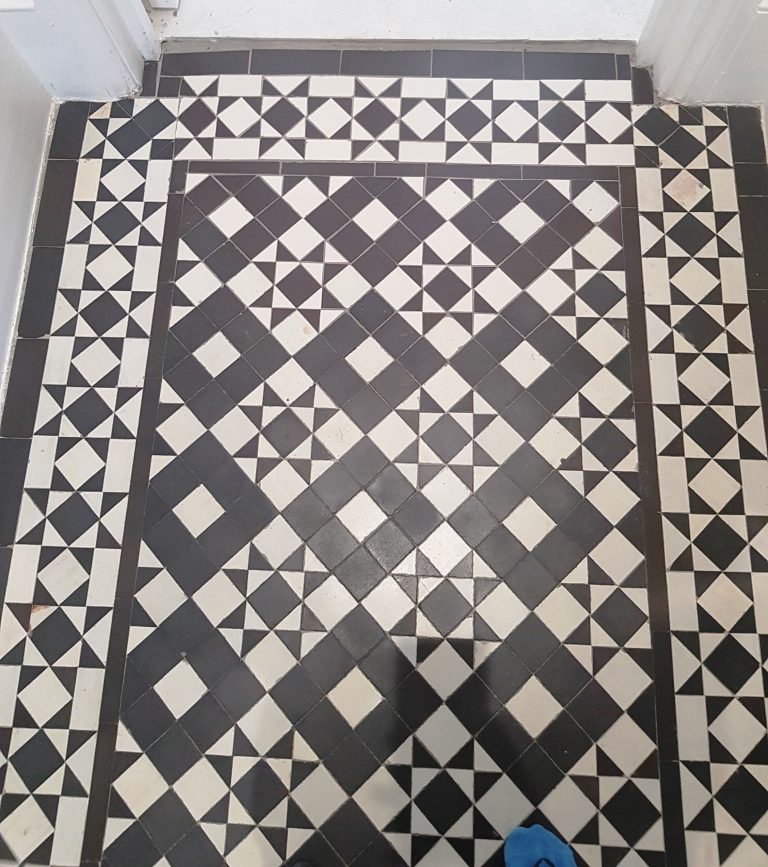 A customer in Winchmore Hill which is part of the London borough of Enfield was having major refurbishment works done to their home which included an upgrade to the central heating system. As part of the work a new radiator had been installed in the hallway however the utility company when putting in the new heating system had chased out two deep pipe channels in the central part of their beautiful Victorian tiled hallway floor.

This was a real shame as the majority of the floor was in good condition; the owner of course wanted the floor restored so our brief was to do exactly that and carry out repairs to the pipe channels and to all the door thresholds that were either existing or new so they all matched in.

Our first task was to clean the tile and grout and strip off old sealers and waxes which we did by applying a dilution of Tile Doctor Remove & Go combined with equal part of Tile Doctor Pro-Clean. This was scrubbed into the floor with a black scrubbing pad fitted to a rotary machine and then rinsed off with water and extracted with a wet vacuum. 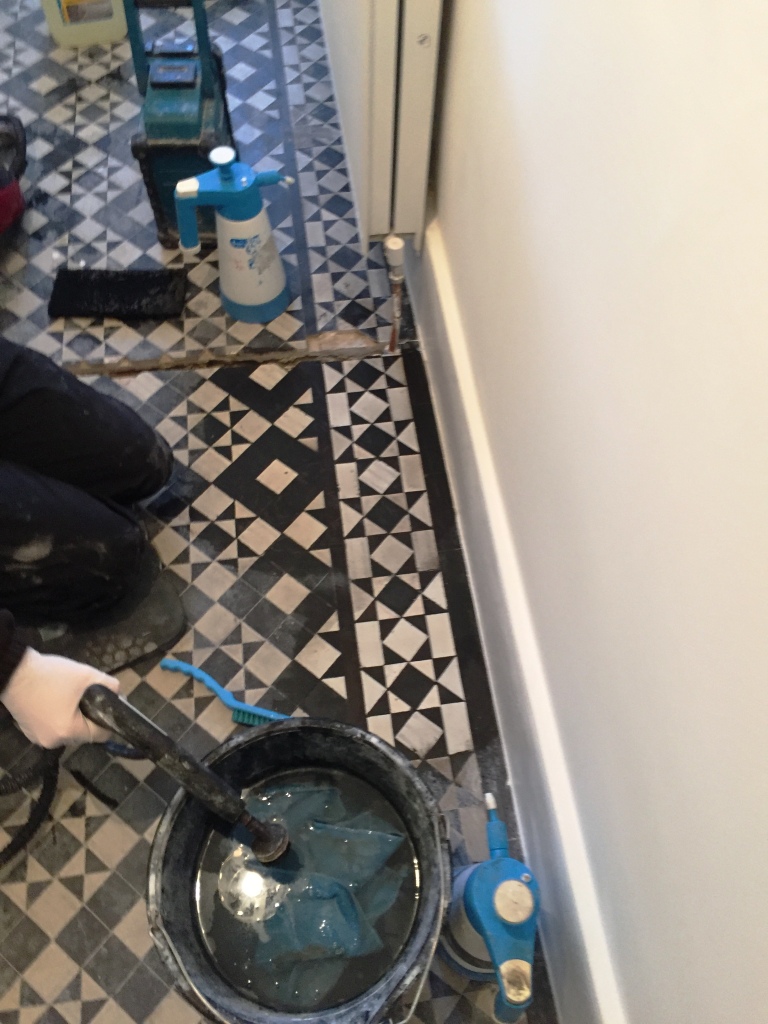 After deep cleaning we then carried out the tile repairs and replacements to pipe channels, missing and mislaid tiles to thresholds. Some or the tiles were replaced with matching reclaimed tiles and others were new sourced from Original Style who have a large range. Altogether we replaced circa 500 pieces of tile in order to repair the damage caused by the heating engineers and achieve a consistent pattern throughout the hallway.

The cleaning and re-tiling work was carried out over three days and we returned on the fourth day to seal the floor with an initial two coats of Tile Doctor Colour Grow which is an impregnating sealer that enhances colour.

We then protected the floor for a further week with cardboard cut to size, this allowed other trades to finish their work without messing up the floor. A week later we returned to lift the cardboard to apply the finishing seal using Tile Doctor Seal & Go which adds the final protection. Five coats were applied to reach the right level of protection and desired satin finish restoring the natural appearance and lustre of the tiles.

The whole job allowing for the drying times of adhesive, grout and sealing took five days in total. It was worth it though as restored Victorian hallway really gives the property the Wow factor as you enter. 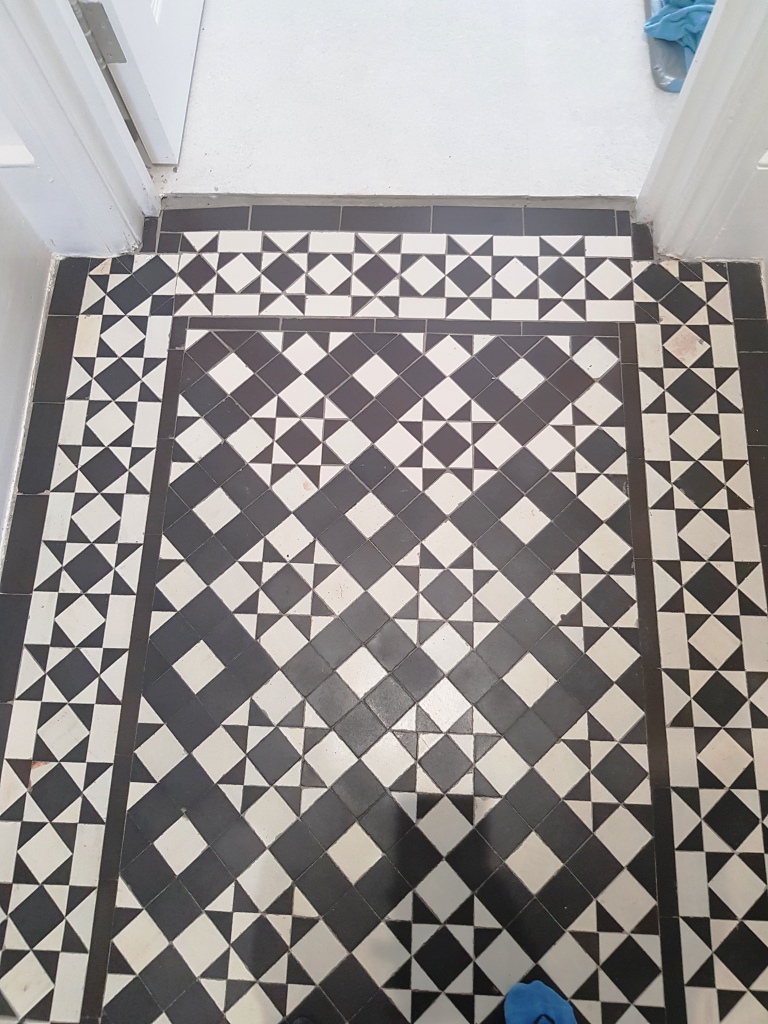