A customer from Ramsbottom contacted us to see if we were able to help with the renovation of a small section of Victorian tiling in their hallway. Another company had already tried to treat them chemically but without making any progress in removing the stains. 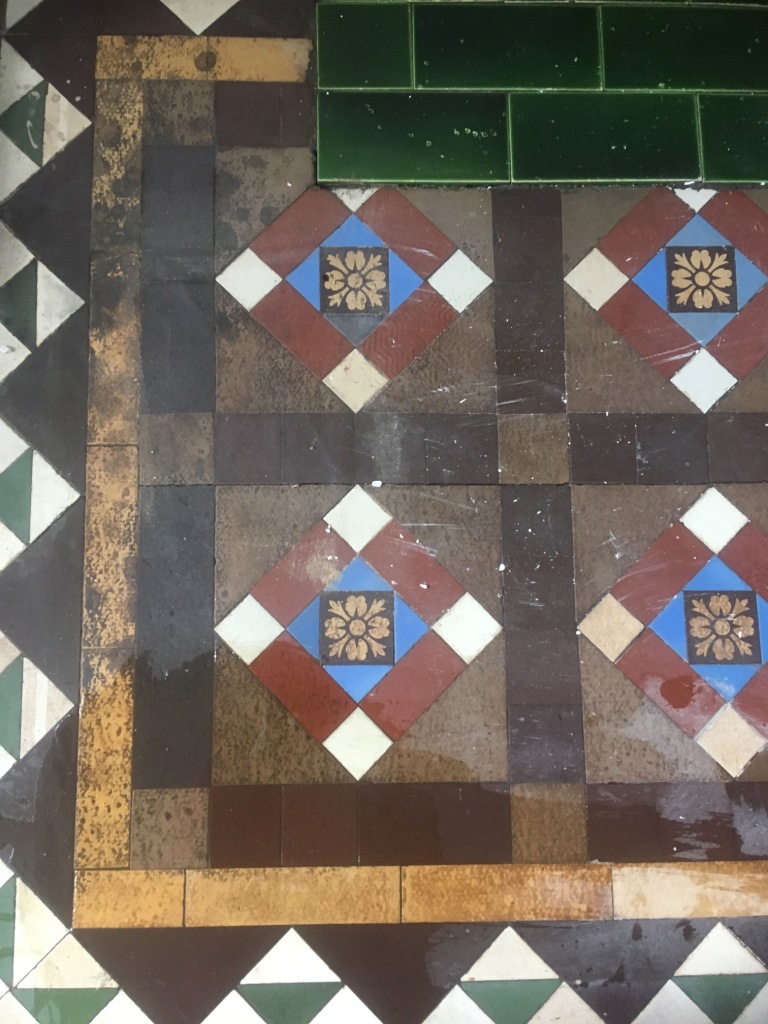 I visited the property to survey the problem tiles and recommend a way forward. In most cases we like to carry out a site visit to get an accurate idea of the problems before quoting for the work. Whilst there I ran a test clean on part of the tiles and slowly but surely, they responded to the treatment and they condition visibly improved. Impressed with the initial results I was asked to continue, fortunately my schedule was light that day, so I was able to work though without too much impact to my schedule. 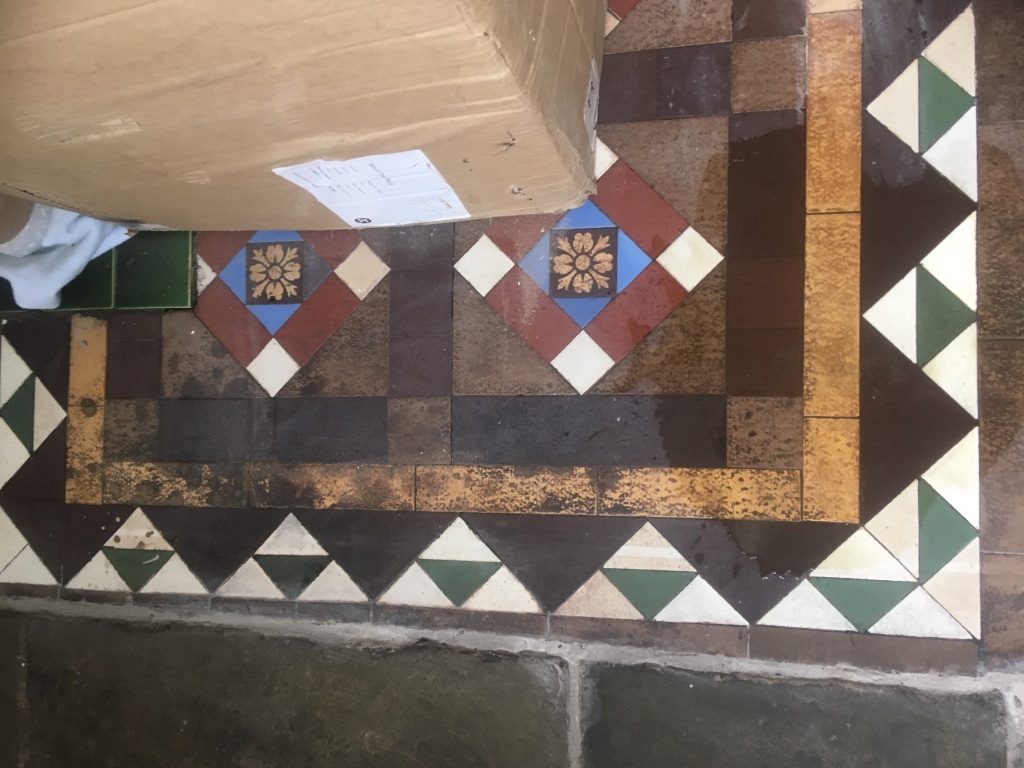 My initial thought for cleaning was to try using Tile Doctor Remove and Go which is a cleaner and stripper which is safe to use on tiles and stone. The previous company had used a chemical product, but it wasn’t clear what they had used. Tile Doctor Remove and Go usually works well in these situations but it was clear my result would not have been enough of an improvement so a different solution would be needed.

To resolve this, I tried hand-held abrasive diamond blocks, first 400-grit without improvement, then 200-grit without improvement, 100-grit no improvement and then eventually 50-grit and I started to see a result. It was clear only a very abrasive 50-grit pad would improve these tiles. It was a small area, so I set about using a combination of small coarse 50-grit pads and followed up with 100, 200 and 400-grit pads and blocks to remove scratches and renovate the tiles following the use of the very abrasive grits. The tiles were also rinsed repeatedly during this process to remove the slurry generated. The waste was extracted using the wet vacuum. It took forever to get the tiles clean, but the results were brilliant. 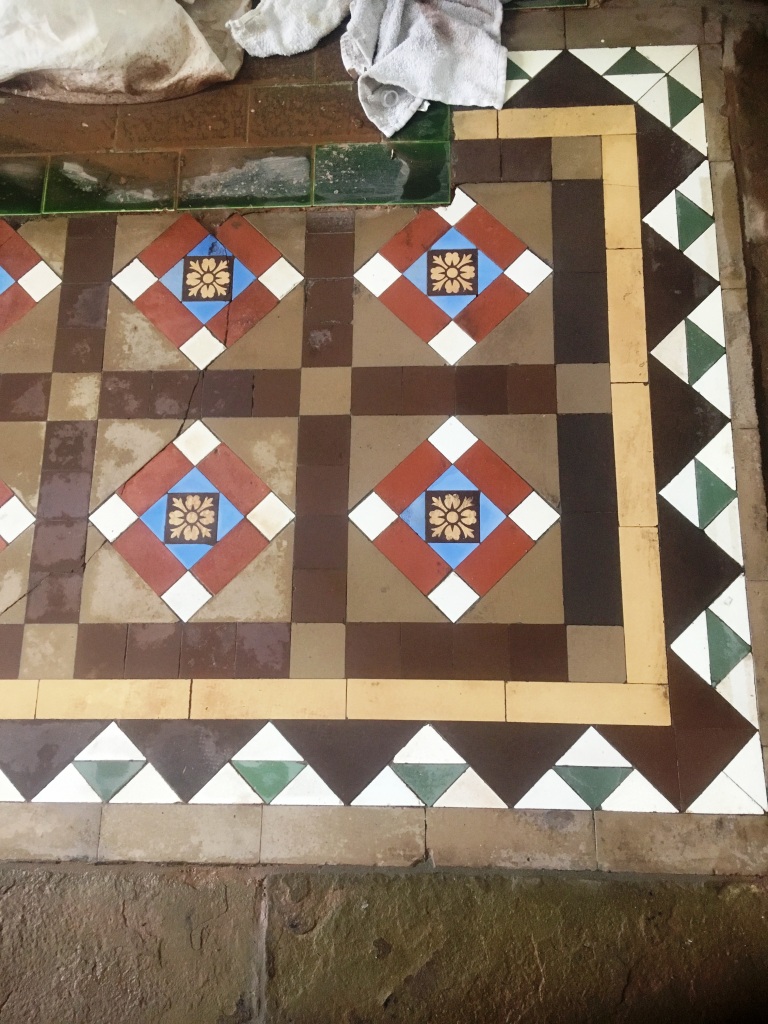 Once I was happy all the Victorian tiles were as clean as they could I gently speed dried them using a heat gun. The last step in restoring the tiles would be to apply a sealer and so it was important the tiles were dry first. Once I was happy the tiles were dry, they were sealed them with a couple of coats of Tile Doctor Colour Grow. This is an impregnating sealer that protects from within by occupying the pores in the tile where dirt can become ingrained. The sealer gave the tiles a nice sheen without being too shiny, this product also allows the floor to breath, which is vital on a floor of this age where no damp proof membrane will have been installed. Whilst I was there I also did some work re-grouting the adjacent York Stone floor which was of a similar age and needed some TLC. 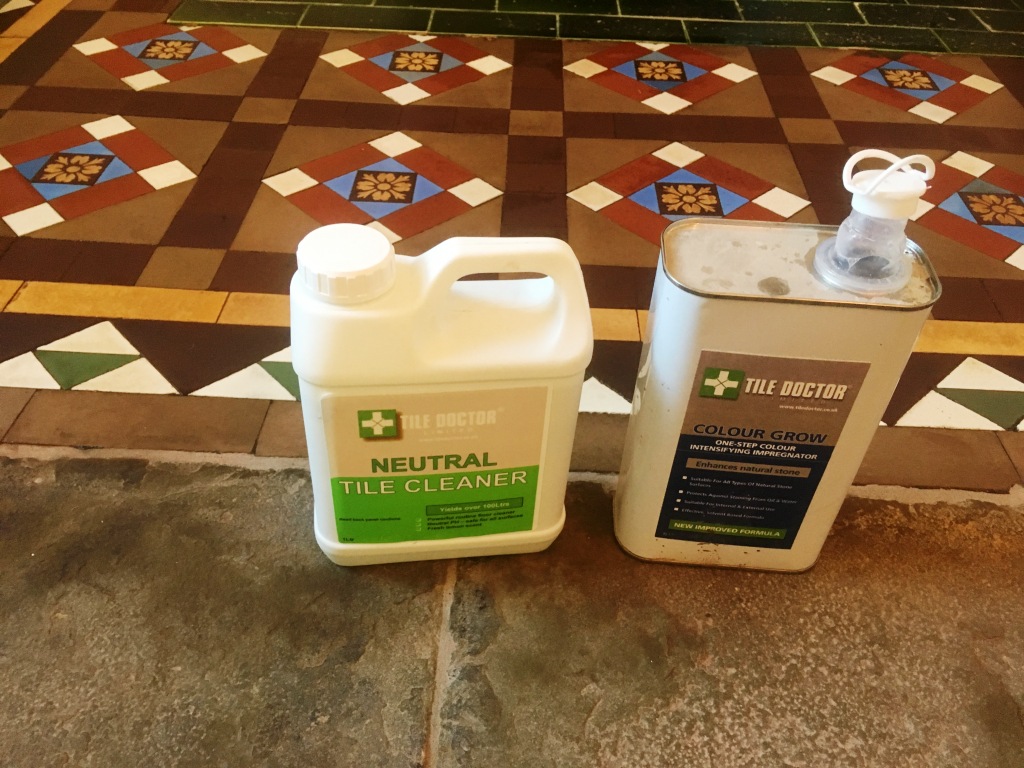 The pictures really speak for themselves. The customer was beginning to think it couldn’t be done so I was glad to be able to get them in such a nice state, especially considering the previous company could not lift their appearance. 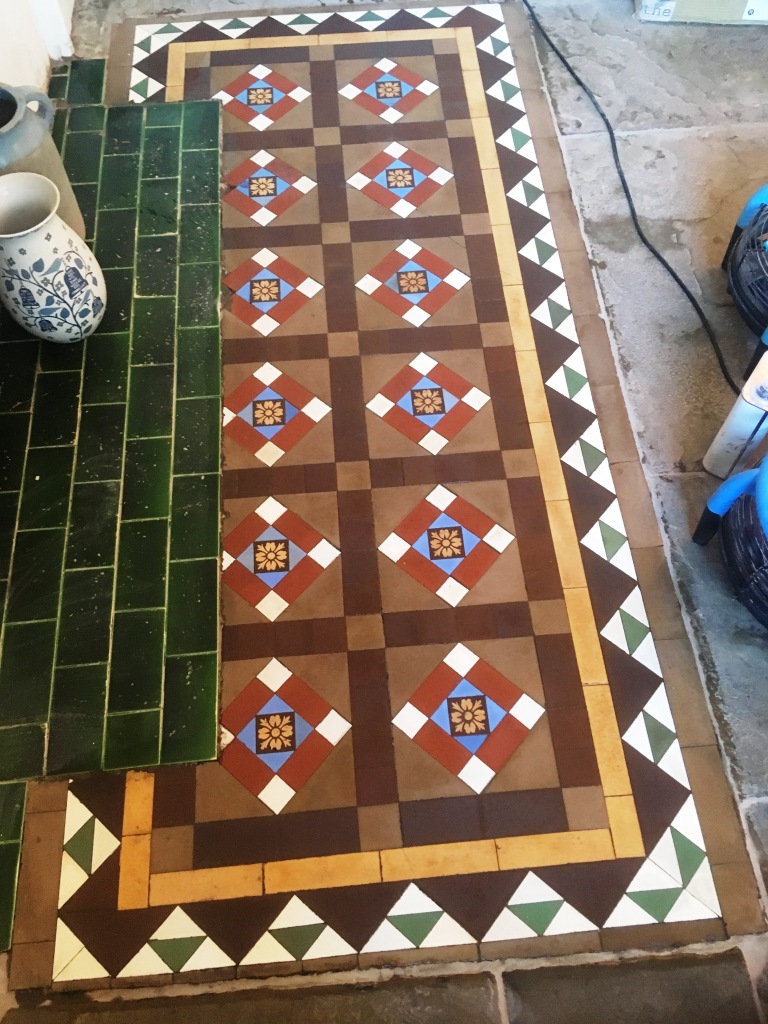 The customer was very happy and left the following feedback.

“Kamila was a very professional and friendly person who has done an amazing job on my floor! Both cleaning and grouting! They look amazing!! I still have no idea how she managed it with little mess leaving the rooms clean and tidy! Thank you Kamila! I have already recommended her to friends!!”

1 thought on “Removing Staining from Small Victorian Floor in Ramsbottom”